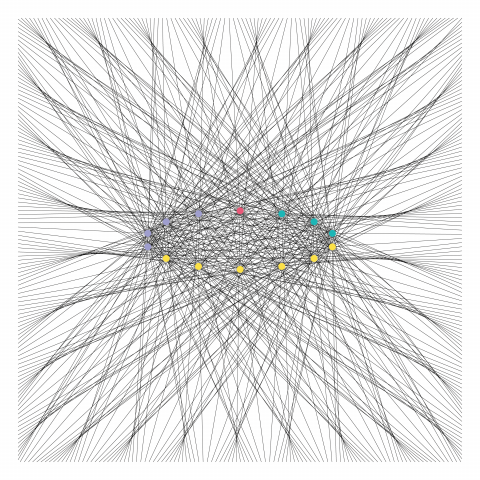 CLARK is the electronica alter ego of Berlin-based experimental sound artist and multi-instrumentalist Boris Hauf since 2005 when he released his debut Clark album (originally on Sijis, re-released by Hauf’s label Shameless Rocks in 2016). «CLARK2» is more ambitious in its concept, scope, and instrumentation, lasting about 80 minutes. This album is released on Hauf’s label as a deluxe double LP on white vinyl (with download option). It is produced at an ECO-friendly factory with green, sustainable biomass driven technology and green power. Hauf promises only carbon-neutral shipping or delivering personally the LPs by bike or tram.

«CLARK2» began as a single LP with Hauf’s «notions of the terrestrial present an extraterrestrial future. It’s about digital natives born into climate collapse and automation, the degree to which we relinquish control to avoid work, and the future that lies ahead of us and our children». Hauf wanted that «CLARK2» pieces would radiate metaphysical, transitional, and phenomenological interactive dimensions. During Hauf correspondence with his graphic designer, Vancouver-based Julian Lars Gosper, this single LP kept growing, referred to the Covid-19 pandemic reality, and shaped in an epic and symphonic form and structure.

The opening piece «Island Destiny» emphasizes the epic, symphonic atmosphere of this album, referencing the extended, layered works of seminal seventies space-rock and early electronics artists like Tangerine Dream, Vangelis, and Peter Michael Hamel, but with an updated, minimalist touch and newer effects that color this piece with sparse, distant mechanical noises. The following pieces are shorter and employ the vintage, analog synthesizer qualities for creating the familiar repetitive, cyclical patterns, then mutating and shaping these basic celestial patterns, enhancing them by extensive usage of effects, often disturbed by subtle scratching, glitches that alter their moods (check the melancholic and pandemic-related «Can’t Get Jobs» and «Murmur», for example). The brief «Humans» (check the accompanying video-clips below created by Thomas Binder-Reisinger) and «Kastri» sound as informed by minimalist techno patterns while the song-like «A Place Not Infinite» corresponds with the eighties kind of heavy and grandiose synth school of Jean Michel Jarre (and Hauf already performed it before with different drummers). This celestial, addictive journey is concluded with the elegiac «Chaos Children», disturbed by urban, monotonous noises.