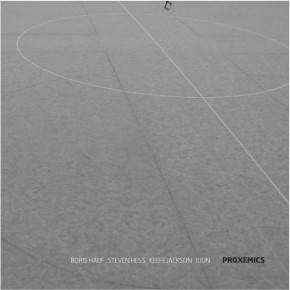 “The band came together in April 2010, for a concert as part of the Outer Ear series at Experimental Sound Studio in Chicago. Boris Hauf, Steven Hess, Keefe Jackson, and Juun were working together during the annual new music festival Chicago Sound Map, and decided to put together a quartet to investigate their possibilities of collective improvisation. After some negotiation and post-production work by Hauf, the project was realized in its current form. Taking advantage of the varied backgrounds of the four and their shared interest in different areas of texture, rhythm, harmony, and long form, the music of this group promises to be a new direction for cross-Atlantic collaboration in improvised music.”